We all have bad days now and again. Unfortunately, we sometimes seem to wake up on the wrong side of the bed. We start the day out grumpy, and things never seem to get better. What’s worse, we find ourselves inflicting this poor attitude on those we love, despite our best efforts not to. 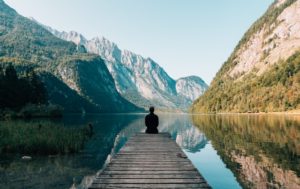 How to fix an attitude no one wants to be around?

We start with a personal transformation.

By being willing to do a little detective work and then throwing some rather intentional actions together with a desire to do better, you can transform any attitude, no matter how grim.

What’s Going On?
You can’t fix anything if you’re not even sure how you feel. Take a few minutes to figure out the emotions you’re experiencing right now. If need be, write them down in list format as there will probably be more than one thing contributing to how you’re feeling right now.

Dig Down to the Root
Now, take the list of emotions you’re feeling and ask yourself what’s behind each one. Why are you feeling this particular emotion? What triggered it? This can be sometimes difficult, especially the first few times you go through this process. Journaling is a great way to work through these kinds of feelings, especially when you need to dig down and get at the root cause.

What Would You Like to Feel Instead?
Now ask what kind of person you’d rather be. Calm? Grateful? Relaxed? Pick something easy, which won’t take much adjustment, especially when you’re first starting out. For example, an attitude of contentment might be much easier than full-blown happiness right now.

What Needs to Change?
Look again at your list of emotions. Which ones are standing in the way of having the attitude you want? For example, you cannot have an attitude of being calm and peaceful if you’re anxious-write down those emotions that are the biggest roadblocks.

Create an Action Plan
Finally, go to what you journaled about your negative emotions to see what was causing them. Here’s where you’re going to do the work to lay those emotions to rest finally. Let’s go back to the previous example. Here’s how this process now looks. You know your anxiety is about an unclear deadline at work. Your anxiety is getting in the way of feeling calm. You can remove the anxiety by making a plan (such as talking to your boss and clarifying the deadline).

By following these five steps, bad attitudes don’t stand a chance! Remember, just because you defeated your poor attitude today doesn’t mean you won’t need to hit up these steps again tomorrow.

The key here is to be consistent. Pay attention to what’s going on and keep working through these steps until the new attitude you want to embrace becomes a matter of habit. Hang in there! I thought it would be great to share an article … END_OF_DOCUMENT_TOKEN_TO_BE_REPLACED

We all have bad days now and again. Unfortunately, … END_OF_DOCUMENT_TOKEN_TO_BE_REPLACED

How much do you like your job? If you don't, … END_OF_DOCUMENT_TOKEN_TO_BE_REPLACED

Sometimes we all need a change. New habits, a … END_OF_DOCUMENT_TOKEN_TO_BE_REPLACED

Like most people, we’ve struggled over the years to reach our full potential.

What we’ve learned, we’re sharing with you here on this site!